I guess there are a few ways of emphasizing a particular part of this very short sentence. Thinking about shifting the emphasis I cannot help but think that despite slight differences the basic message seems to remain one of: It’s only a matter of doing that it takes less than you think. You just need to go for it. Oops I said it again. We can’t help but use terms like ‘just’, but do we ever really think what it entails?

Drawing on to personal experiences, there are instances where we know the details of ‘just doing it’, others where we don’t and then there are cases – like the one I want to talk about today – where ‘just do it’ develops and takes on a scope that may or may not exceed ‘just’ …

‘Just do it.’ aka how I ended up running almost 23 miles on my 23rd birthday:

It all started earlier this year when I decided to go to Zambia for two months this summer. Just like that. I didn’t really think about it back then and it still has not settled in, but this decision prompted ideas for fundraising.

Since I cannot live without sports I thought I’d do something sport related and put up an event saying: I donate my birthday to charity and will run a lap (400m) for each pound you donate. It seemed like a good idea at first – until the pounds accumulated. And before I knew it I was about to run 23 miles (36km) on my birthday. When someone asked me I just said: It’ll be fine. I

blocked out all day. It might take me a few hours, but it’ll be fine. That was on the outside. On the inside I started getting a bit nervous, but it wasn’t until the morning of my birthday that I realised what I had gotten myself into. I woke up and the first thought was ‘…’? But it was too late for that. I left and made my way to the track. I put on my music and my spikes and started to run. Lap after lap…after lap…after lap… One after another. 90 times. If someone had told me that I’d ever be able to run 23 miles (without training) I would consider the person as someone who doesn’t know me.

I don’t do long distance,

And that feeling when I finished the last lap was the best present on my birthday. A feeling of accomplishment and a little proud. I won’t say it was easy. It wasn’t. 14 laps before the end I thought I was going to collapse or throw up

or just have a full on body cramp. But I didn’t. And it all just started with a few steps on my first lap. Did I believe I would run it in one go? That I would finish within 4 hours? That I would finish it in the first place? Certainly not. I do a lot of sports and I love it, but long distance is not (was not) one of them.

So what did I learn? Sometimes it really all is nothing more than ‘just doing it’, even or especially when it is out of your comfort zone.  That is not to say that we should always just put ourselves or our body under extreme conditions (in fact you shouldn’t put yourself in situations that bear quite a high risk), but that once in a while it is good not to over think things.

To live in the moment.

Make a decision and then stick with it.

That way it might be easier to do whatever you decided to do. But even if it isn’t – and realistically some things (luckily) are not – whether something is a ‘just do it’ moment is probably easier said afterwards than during or before. 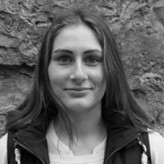