‘That would make me go run on the spot at midnight’ lamented one of my flatmates when I revealed my shiny new techy bracelet which at that moment was syncing with my phone to let me know my data for the day. Steps done, calories burnt, active time, total sleep and most worryingly the amount of time I had spent sitting on my butt!

Fitness trackers were one of the biggest health trends of 2014 with 70 million people worldwide choosing to strap a piece of smart technology round their wrist. With the rise of the Apple Watch and other smart watches as well as fitness tracking technology finding its way into our phones, we are becoming a planet obsessing over the stats when it comes to our health. I even have a friend whose phone claims to measure her stress level when she places her finger on a reader on the back.

For those of you who are fighting fit and hitting the gym, track or hills everyday a basic fitness tracker is probably not that useful. But for those people not used to sweating it out 24-7, the appeal is huge. Thanks to chronic illness my body is not in a place at the moment where I am able to jump into training all the time so the ability to measure my activity and compare it to how I’m feeling is useful. As a final year student with far too many words to write before the end of term, I can easily slip into the trap of sitting at my desk all day, but the awareness that I have something measuring my activity has encouraged me to take more breaks and at least go out for a walk in-between the books. There is something very addictive about making sure you go out of your way to achieve consecutive days over 10,000 steps, even when it is only your phone app and yourself who really cares!

But then my sister joined in! She recently went out and purchased a fitness tracker and after a bit of jiggery-pokery with apps and syncing devices we are able to see each others progress. For me, my jawbone bracelet has already ignited my competitiveness against myself, but adding the chance to beat my little sister has only motivated me further. It has also brought structure into my days as I now plan when I will go out and get my steps in, 10,000 steps really isn’t that much but if you go straight to your desk in the morning and only leave to walk 5 minutes to get lunch you’ve got no chance! I now fit in a refreshing 20-30 minute walk in before I do anything else in the day, which gives me the chance to mentally prepare for my day, rather than turning up to class still thinking about the team people I’m supposed to be e-mailing later.

We all know that exercise is wonderful for keeping your head clear, and that’s one of my biggest frustrations when I’m ill and can’t get so active. But my little silver bracelet has given me a new appreciation for the positive effect that walking has. Sunrise walks on the beach may have been motivated by a need to get more steps, but the relaxing and calming effect of walking along the beach most mornings has done a lot for my stress levels. Similarly climbing the small hill at sunset may have, in the past, seemed like a waste of time in my day, but the benefit from getting outside gives far more energy than forcing myself to stare at my essay for 5 hours straight.

So for me, it’s all good! My Jawbone has been a great addition to my life over the past few months and I feel like I would be pissed off if I didn’t have some form of definite data to congratulate myself with at the end of the day. For others though, the idea of a constant monitor is overwhelming and frankly too much pressure. One friend even threw her tracker away after she became completely demotivated on her off days where her body was telling her she needed rest but she felt the pressure to go out and walk. Ultimately you still need the ability to listen to your body over all else.

The question is: what next? I have already seen an app which can link your wi-fi controlled lightbulbs to your fitness app so when you wake up your lights turn on automatically! And whilst that seems a little insane, there is more than a little part of me that thinks that would be really, really cool. I would probably also like an app which collates my mood, my food diary, my blood pressure, heart rate, period and steps…oh wait – I think my phone is already doing that without me knowing! 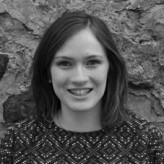