Recently, I received an offer from a friend to go wall climbing with her and as I promised myself at the start of the summer that I would be more adventurous and try new things naturally I leapt at the offer.

Coming out of university exams and into the summer, I am as close to being bikini body ready as the coyote was to catching that crafty little roadrunner. Oh coyote how I now sympathise with your plight.

But I don’t want this post to turn into a recipe for getting abs in one week -eating a handful of almond nuts every so often and doing a few crunches before filling a bath up with tears of despair I hear is the top tip. This post is more about embracing your body and not just loving it, but trusting it. Please bear with me as I promise I have not turned into an aura embracing loon, the closest I come to auras are the mood rings and fortune telling fish you get as a dodgy stocking filler at Christmas, merci mother. This post is actually about a little revelation I have had recently about something that I have been missing in all my years of sport. Trust. I know it might sound silly, but how often are we told to just trust our bodies? To trust that we can do something new and that we don’t need to constantly beat them into shape and berate them for a lack of toneage?

Definitely made it to the top and feeling fabby because I have discovered some hidden strength.

My revelation came to me as I was a few feet from the ground, sweating profusely, and well and truly stuck as to how to progress further up the wall of doom that I was caught on. But with some gentle guidance from my friend, I tentatively lodged one foot behind me onto the wall and pushed/pulled myself up to the next ledge. It was a victorious moment and a moment when I realised that, even though I told myself I couldn’t do it, somehow I found myself doing it. I trusted that my body could haul me up, and it bloody did it. Top points body.

I would recommend climbing to anyone who is looking for a workout that will spice up your ordinary routine and engage your brain. The climb looks easy at the bottom but when you actually start the ascent you realise that there is a lot of planning and calculation that goes into the sport. Working out how to use your weight to push you up instead of straining and how to balance your body at the right angle to make the climb as smooth as possible.

Climbing allowed me to work out every inch of my body. By the final push even my ears were sweating at the end of the two hour stint and I felt like I had stretched my body as much as I would have during a yoga session, always a plus.

Perhaps more importantly, climbing gives you a real sense of what your body can really do. I found when I was up on the wall, stuck with no idea where to put my foot next, that my body could do so much more than I gave it credit for. When I needed to stretch up to a hand hole much further than I thought I could reach, there my body was aiding me, allowing me to go further than I thought I was capable of going. As I climbed I really appreciated that this body that I had been beating up over it’s extra lumps and bumps could do so much and be so strong.

So apologies for a post that sounds like I’m about to set up a retreat in Morocco called ‘Waterfalls and Windows’ but I think that at a time when you go onto Instagram and are inundated with pictures of the ultimate beach body harbouring zero percent fat, it’s really important to get out there and appreciate just how much more your body can do for you than you thought before.

I’d also like to add that this friend was telling me when we left the centre about how much more confident she felt after taking up the climbing (she’s been going for almost a year now). Climbing allows her to feel strong and confident. Whether your doing the ropes for your friend climbing up the wall, or being the climber yourself, climbing gives you a real sense of stability and inner strength. It’s also oodles of fun and especially good when you find yourself next to bearded climber with spectacular arms.

Whilst at the climbing centre I found myself persuaded to purchase membership, so now I am left with no other option but to make this outing a weekly occurrence, a crying shame. Now with any hope I shall have the lean arms of Cameron Diaz, if I can keep away from the digestives that is.

For some climbing inspiration I would recommend looking up Adam Ondra, whom I spied in a climbing magazine whilst taking a break in the cafe, and the amazing Ashima Shiraishi who is ruling the sport at such a young age. 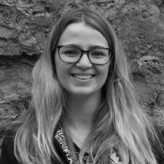